A critical Remote Code Execution (RCE) has been found affecting multiple DrayTek routers classified under CVE-2022-32548. If the device interface has been set such that it faces traffic directly from the internet, the attack could happen without any user interaction. Also, full compromise of the device is possible due to an attack and also attackers can get unauthorized access to internal resources. A patch has already been released for its firmware and is available for download for all the supporting devices.

About Vigor Routers and vulnerability

DrayTek Corporation manufactures network devices such as VPN Routers, Load balancing Routers, LTE Routers, Access Point devices, and switches and develops software for the same. Small Office and Home Office are the ones who use these devices as they are quite affordable. After research conducted on Vigor 3910 and 28 other models, a remote code execution vulnerability was found that led to a complete takeover of the device and a malicious adversary got access to the internal resources of the breached network.

In the case of the attack, no user interaction is necessary to get this exploit to work. Many more devices that were not directly facing the internet are also still vulnerable to this vulnerability having CVSS 3.0 score of 10.

Shodan search engine shows results of the search for Vigor 3910 devices facing the internet. Also, the version of the device firmware can also be seen in the search results. Due to such open internet-facing devices available, adversaries get an advantage for exploiting the device’s vulnerability.

As exploitation leads to complete device compromise, its impact is quite disastrous.

If the adversary fails to compromise the device, the following events take place:

How can an attacker exploit this?

In this way, by forwarding traffic through the LAN that contains the infected router would be dangerous as an attacker can make any actions legitimate. Also, due to reverse shell uploading, it is possible to get system-sensitive files and make a lateral movement from one instance to another in the network.

In the above scenario, the attacker exploits the device. i.e. Vigor Router. Post exploit success, an attacker can perform activities such as Port Forwarding, upload a reverse shell on the router, getting sensitive passwords and conduct tasks like running any admin console and gaining potential information from it, pivot this attack to other devices on the same network.

An exploit attempt can be detected by logging/alerting when a malformed base64 string is sent via a POST request to the /cgi-bin/wlogin.cgi endpoint. on the web management interface router. Malformed base64 strings indicative of an attack would have an abnormally high number of %3D padding. A number over three should be considered suspicious.

How does SharkStriker detects and respond to these vulnerabilities?

SharkStriker provides various services for detection as well as prevention of such attacks and vulnerabilities from malicious actors.

Managed Detection and Response (MDR) from SharkStriker is a security service that covers the entire attack lifecycle while mapping the protection of the MITRE ATT&CK model. Security is further bolstered by kernel-level data collection and enrichment to boost its resilience to adversary tampering and stop attacks at the gate. Our cybersecurity experts provide you with incident triage workflow, vulnerability management, firewall monitoring & assessment, and other security services through our SharkStriker platform.

SIEM as a Service

Security Information and Event Management is a platform that integrates log management and monitoring capabilities. SIEM is designed to monitor and detect targeted threats and prevent data breaches. SIEM systems typically collect log events and other necessary information from a diverse set of IT assets, such as devices, platforms, IT frameworks, applications, etc. This will enable it to detect suspicious network activity. Upon identification, an investigation alert is generated, ensuring the analysis and remediation of malicious log events are completed more quickly. SIEM-as-a-Service is a combination of SIEM Platform and 24/7 SOC team. Apart from creating rules for anomalous detection and prevention of these kinds of events, SIEM service also is capable for Threat Hunt and SOC team carries this hunting task and provides results for any possible residual threats on your endpoints or network.

SharkStriker provides remote firewall monitoring services. From installation to 24×7 monitoring backed by our expert SOC team, your internal IT team can focus on more productive tasks while our experts take care of any malicious or anomalous behavior on your network or endpoints. Firewall service from SharkStriker is a completely managed service which provides the best support in case of any critical incident response as well.

MSSP (Managed Security Service Provider) plays a vital role when any organization faces a critical security incident. There might be chances that due to such incidents, businesses might suffer a loss, and also it impacts the reputation of any organization. So, to ensure the best security posture of your organization, MSSPs like SharkStriker are always ready to provide support and response to such vulnerabilities and incidents.

About the Author: Kuntal Shah 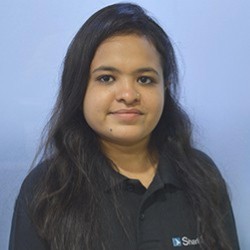 Kuntal Shah is working as a security analyst with SharkStriker, she has a passion for cybersecurity and helping clients to identify their risks and determine their cybersecurity preparedness. Having a master’s degree in cybersecurity and certified ISO 27001:2013 lead auditor, she shouldered a wide range of responsibilities like Malware analysis, Threat Hunting, Incident Response, Compliance Management, EDR, and VAPT. In her free time, Kuntal loves to do painting and crafting. You can reach her at kuntal.shah@sharkstriker.com.